Born in Stockholm, Sweden 1985. I started my first band when I was 13 and have continued playing in bands until this day. My main intrument is bass and I also play guitar.

I've written many songs, both music and lyrics. In most bands I played in I embarked the leader/captain roll.

From 2012-2015 I played with my Funk/Disco band The Conceptions. We were at the most 11 members. Two rehearsals a week and we played about 50 shows. Our last show were at Spotify Headquarters in Stockholm.

In 2009 I studied at SAE Intitute in stockholm (School of Audio engineering). I graduated and I have been working as a recording and mixing engineer ever since. Logic Pro X is my DAW of choise.

I have recorded many artists and bands through the years and have gained a wide spectra of experience and knowledge about music production.

I've worked in several countries, most recently in Costa Rica. There I stared a jazzband, helped build a recording studio and played with many other music projects/bands.

Before that I was living and working in Athens, Greece as a mixing engineer. I also did some live mixing in venues and clubs.

Today I live in Stockholm were I play with the band Vazda. We're a Greek-Serbian Balkan Rock band that aspire to hit the world stage. I have my studio located in central Stockholm were I weekly make my mixing and recordings. 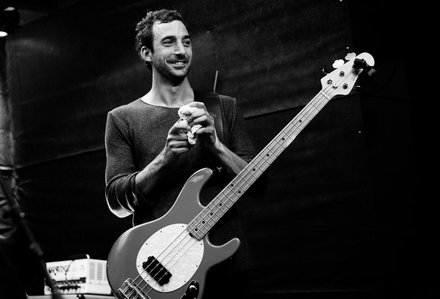